In the historic interiors of the Scientific Centre of the Polish Academy of Sciences in Paris, we hosted ambassadors, scientists - including the Nobel Peace Prize laureate, prof. Terry Callaghan, policy makers from the Arctic states and countries that are active in the region and aware of the challenges that changes in the polar regions bring to the rest of the world. There were educators from France, Poland, Greece, Bulgaria, Albania and even India! The project and the aspect of cooperation between Poland (IG PAS) and France (University of St. Quentin-en-Yvelines) for its implementation, were appreciated by Madame Segolene Royal, French Minister for Polar Affairs, especially in the context of ongoing Polish-French Year of Scientific Cooperation.

Different actors brought different perspectives. Harri Mäki-Reinikka, Finnish Ambassador for Northern Policies, Secretary General for Finland’s Arctic Advisory Board focused on geopolitical challenges around the idea that the Arctic belongs to everyone.  Elin Mortensen, Head of the Faroe Islands Mission to the EU declared that the Faroe Islands, the Gateway to the Arctic, want to be a ‘big fish - in a big pond’. She also announced that Faroese would be able to participate in many educational initiatives thanks to eligibility of the country in the Erasmus+ Programme, planned from 2021. Tomasz Jałukowicz, Head of Unit in the Department of Science at the Polish Ministry of Science and Higher Education shared wider view on polar research conducted by Poles, and Polish scientific achievements in the Svalbard area in particular. Lars Kullerud, President of the University of the Arctic focused on educational needs of the Arctic.

We also had the opportunity and the enormous pleasure of meeting in person some teachers and students who made it all possible, being active in the project for the last 3 years. They generously  shared their experiences in bringing research into the classroom and promoting pursuing careers in science, especially in nowadays era of fake news and scepticism.

We offered some special „field” treat, which remains very popular among all age groups: the virtual walk around the Polish Polar Station Hornsund thanks to the VR goggles and the photos provided by Tomasz Wawrzyniak.

The second day of the conference was held in the observatory of the University of St. Quentin-en-Yvelines: guests not only had the opportunity to visit the observatory (which is, among others, involved in Mars exploration), but also to share good practices in cooperation between science and education. The lectures by Piotr Głowacki (IG PAS) and Paul Eric Aspholm (NIBIO) gave the audience an insight into the mysterious interiors of glaciers and the problem of micro and nanoplastics in the Arctic Ocean. For many of us, the presentation of Alexandra Lavriller and Semen Gabyshev was the first meeting with a special guest from Siberia – of Evenk origin, an experienced reindeer herder and an acknowledged scientist. Alexandra and Semen also convinced us how valuable is the huge amount of knowledge about climate change gathered by the indigenous people of the region.

The conference was also an opportunity to officially launch the "THE ARCTIC EXPLORER" mobile application - a virtual journey through the Arctic in the form of a Quiz. This is a particularly interesting effect of the project, and it was no coincidence that it was presented by 14-year-old Yngva who came to Paris with her teacher from the Faroe Islands. It was Yngva's idea, submitted during the second edition of the EDU-ARCTIC competition, that inspired us to prepare an application that not only allows you to test your knowledge of polar regions, but also to submit your own questions in biology, geography, geology or science. The application can be downloaded free of charge from the Android store!

We still remain very busy with project activities: online lessons are held until the end of the school year, before us there are 2 expeditions of the competition for the Faroe Islands and northern Norway, and there are still new educational resources in many languages ​​on polarpedia.eu.(A. Wielgopolan) 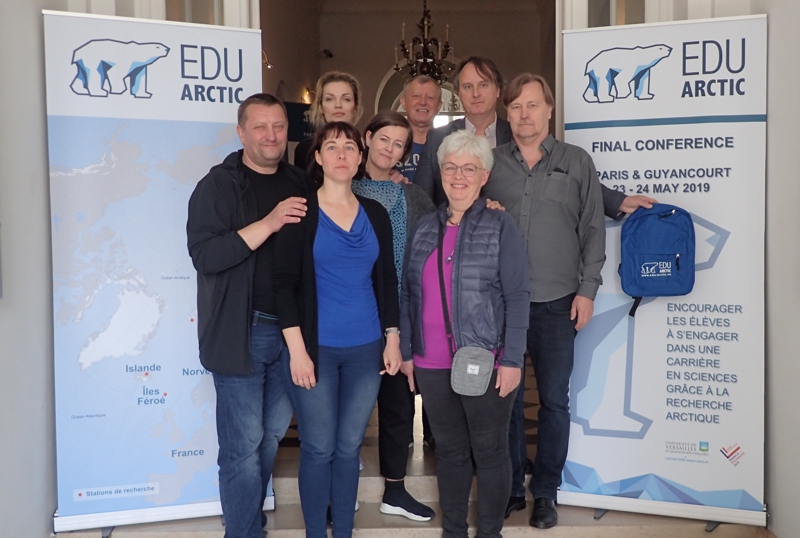 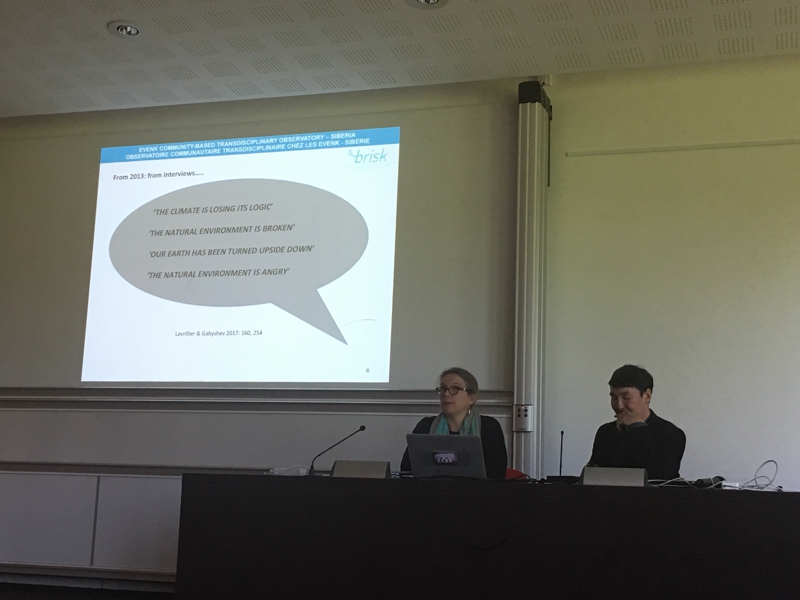 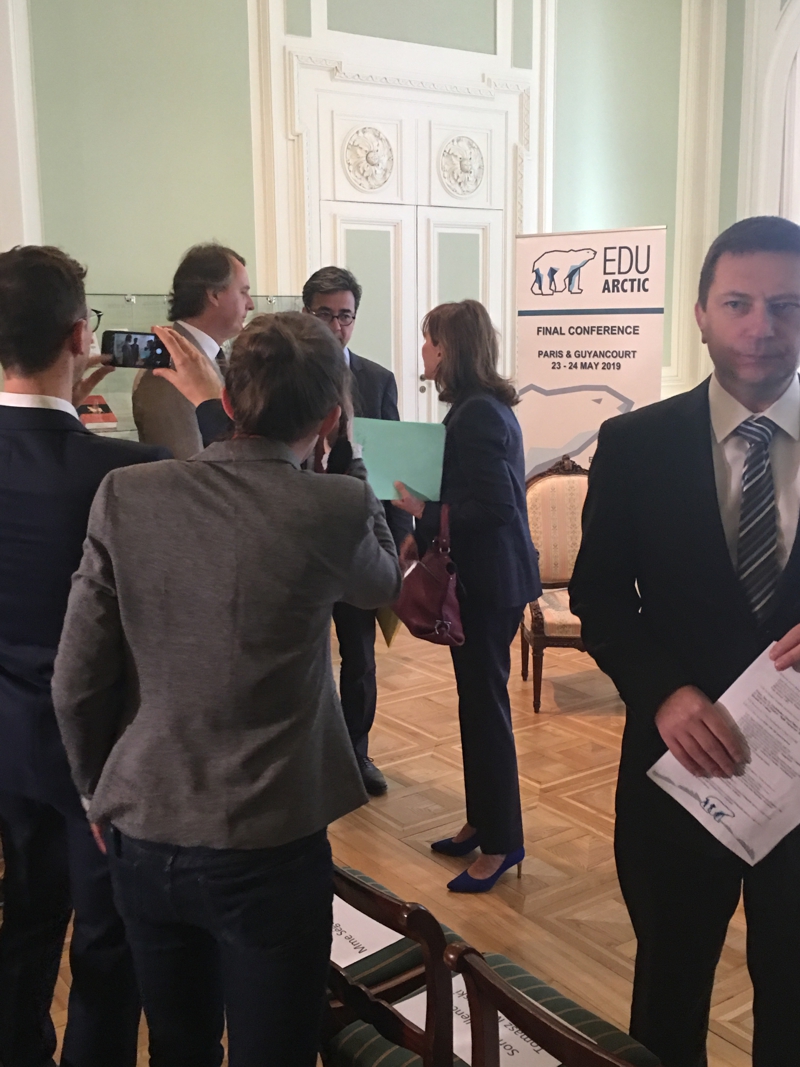 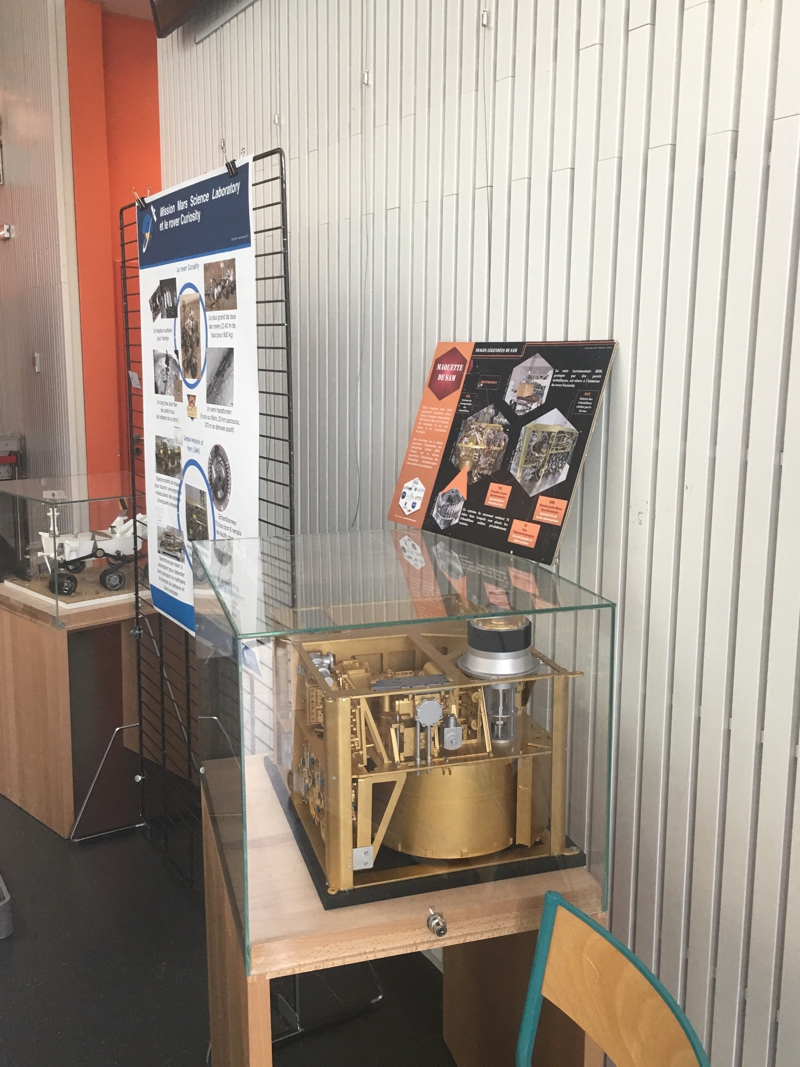 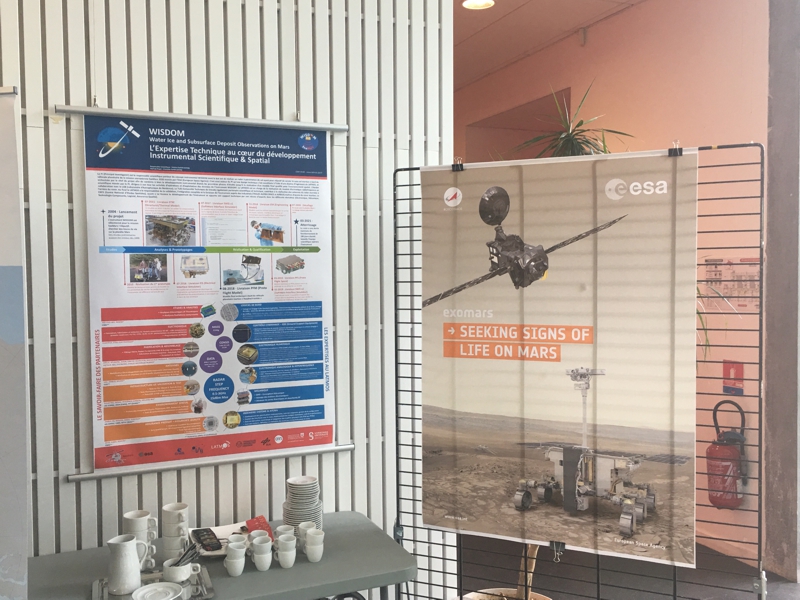 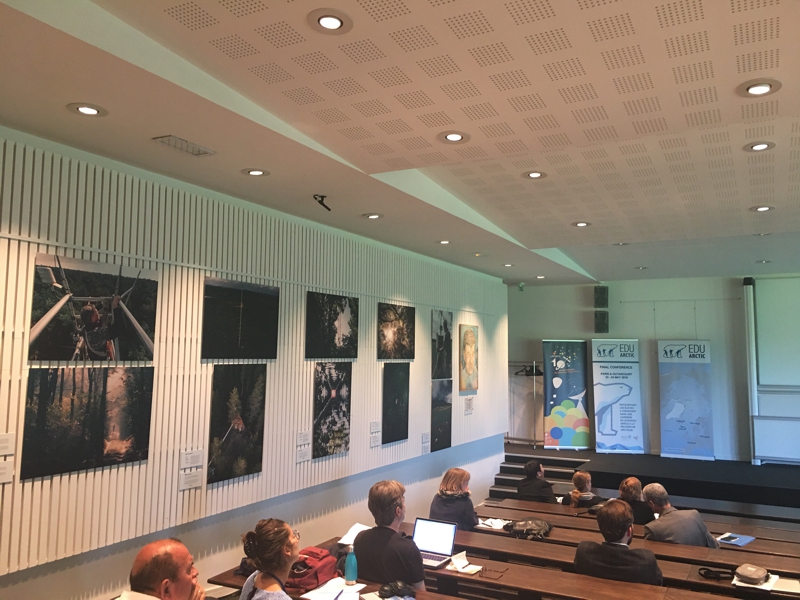 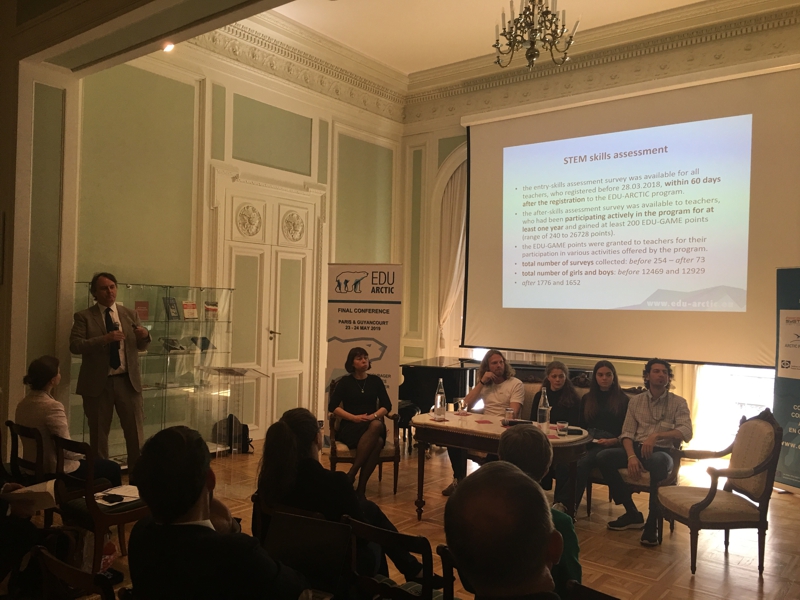 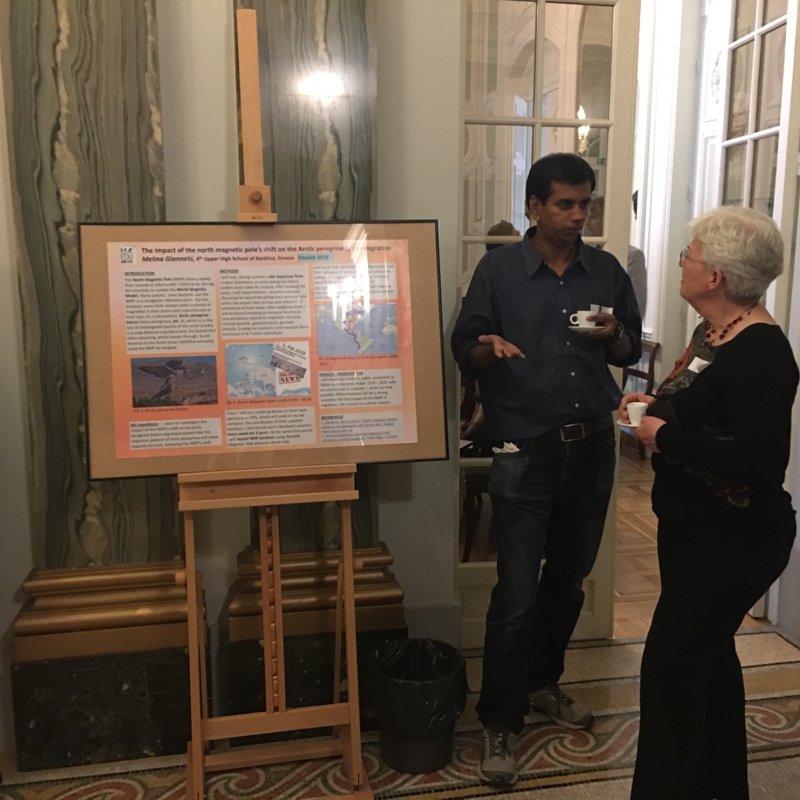 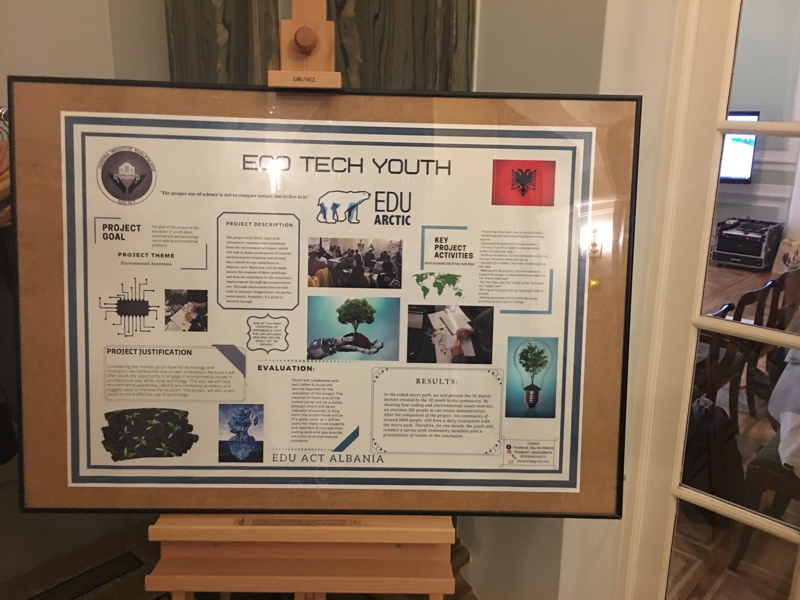 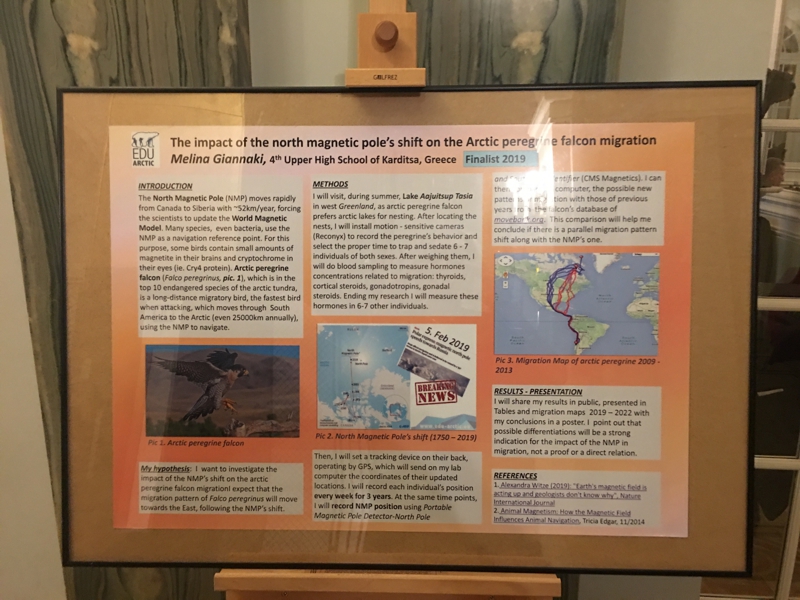 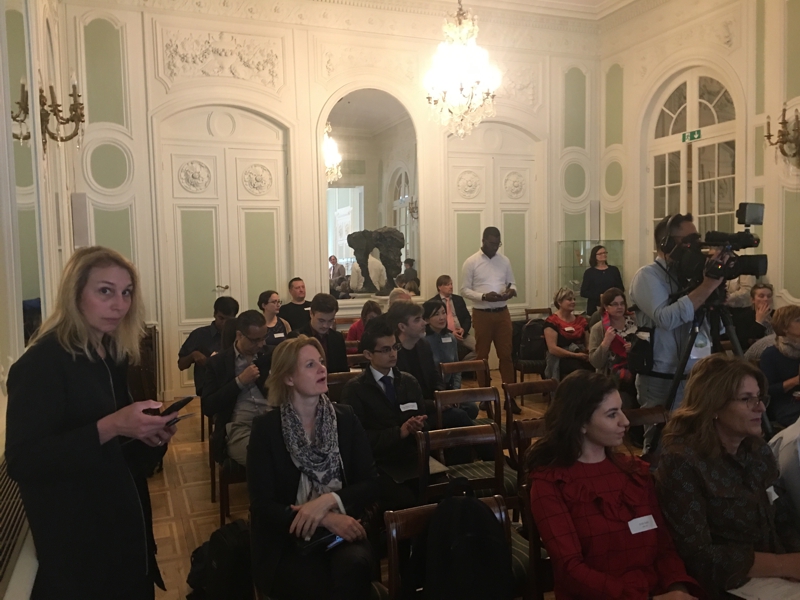 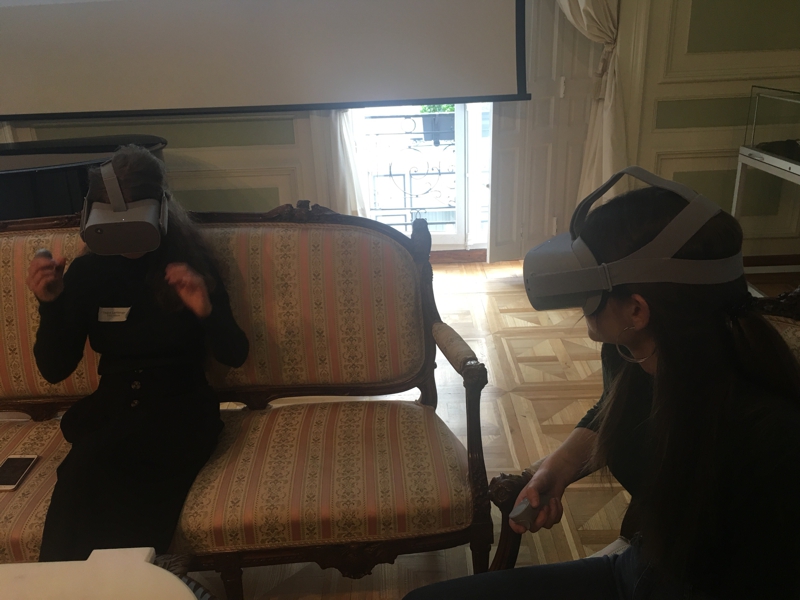