It was entitled “The Arctic and polar research in education”, in which the Institute Of Geophysics of the Polish Academy of Sciences happily announces that it has launched the portal of the EDU-ARCTIC project in which secondary school can take part. The message said : “EDU-ARCTIC is an European educational project aiming to encourage students aged 13-19 to broaden their knowledge in the field of mathematics and natural sciences, engineering, technology, and in the future possibly choose a career path connected with scientific work. We want polar research and observations to become more accessible and comprehensible, and thus to enrich and make the syllabuses, especially of science subjects, more attractive.”

The project is financed by the European Union under the Program HORIZON 2020 and participation is free of charge for all schools. This program also offers Polarpedia – an encyclopaedia of concepts connected with the Arctic in many European languages, workshops for teachers in three places in Europe and also an Arctic competition offering a possibility to visit the Arctic.

At the first moment I thought it is just unrealistic to be able to go somewhere in the Arctic, my curiosity took over and I sent a message with information about the project to all the students of Public Middle School of the Technical University of Lodz. One student expressed his willingness to take part in it: Jan Makowski form Grade 1AG. I began a cooperation with both Janek and his parents . The result was creating a research project, which topic concerned immunological resistance of people living in the areas of colder climate, for example in the Arctic.

In the study entitled “Immunity against infections in Arctic region compared to Central Europe region” Janek made a research hypothesis “People living in some regions got used to certain temperatures. When in winter months the temperature drops, people fall ill more often because they are not accustomed to lower temperatures. Such susceptibility to infections probably results from the malfunction of the immune system. The hypothesis that people travelling to these regions have lower production of protective proteins will be verified.”

The method of research, according to Janek indicated that: “Before going to the Arctic I will place questionnaires on websites in different countries (in the Arctic regions- questionnaires and the Arctic regions). We will be able to find out how many people from each geographical region fell ill every year. On the basis of these questionnaires we will be able to discover how many people in each country become ill with infections of the respiratory tract. I created a Polish version of the questionnaire and sent it out. 378 people filled in the questionnaire and sent it back. The average age of the respondent was 17,9 and average number of infections during the last year was 2,67 times, and average number of times people suffered from sore throat was 3,26. The results of this survey show that Facebook can serve as a tool to ask people questions (Canada, USA- Alaska, Russia).

The results of the survey were presented in a table. To find out whether people in the Arctic region produce fewer cathelicidines (LL-37) I will collect swabs from nasal and oral cavities and analyze the concentration of proteins at three points in time- before going to the Arctic, just after arrival and after a week spent in the Arctic region. The samples will be transported to the laboratory and then analyzed using immunoenzymatic method.

Janek got through two written stages of the competition and qualified to the final group of twelve people who presented their projects in English in front of international jury via online video conference.

After almost two weeks we received a great message that Janek`s project, together with five others, qualified to the very final , which meant a trip to Iceland or the Faroe Islands!!!

44 teams from 5 European countries took part in the Competition and the winning teams came from Poland, Greece and Italy. The next message revealed the destination of our expedition: the Faroe Islands! So we started to prepare for the expedition which was to take place on 2-11 August 2017. The day of our flight came and we met at the airport with the other crews from Poznan in Poland, Karditsa from Greece and researchers from JARÐFEINGI Faroe Institute of Geology. We were presented with the itinerary and the objectives of scientific trips.

The main goals were:

During our stay we took part in many field trips run by researchers from the Geological Institute concerning:

We could also visit the Museum of Natural history in which the students could present their projects to the Director of the Museum and the Director of the Geological Institute and the specially invited on this occasion specialists in medicine, geography, biology, geology and sheep farming. The winning projects of the other students dealt with the behaviour of sheep and flowering of the glaciers.

The organizers also familiarized us with the cuisine of the Faroe Islands, we tasted dried whale and listened to music, sang and took part in the national dance. We were guests in the house of one of the employees where we ate a farewell supper in Klaksvik on BORÐOY island, and stayed with regular residents on SKUVOY island.

During our stay we visited most islands belonging to the archipelago, such as STREYMOY, ESTUROY, BORÐOY, SKUVOY, SANDOY, VAGAR, SUÐUROY. To reach them we had to travel by ferry, helicopter or go along winding, narrow mountainous paths running through tunnels in the mountains or under water.

The Faroe Islands presented us with a lot of magnificent views, such as:

The Faroe Island were exceptionally gracious to us, offering almost each day a sunny and warm weather, although at one time they showed their rainy and windy face.

Interestingly, Janek was allowed to name one of the rivers which will be put on the map and will be called SOBIESKI. We are waiting to be sent a topographical map with the name of the river.

The summary of the trip was an online video conference in English, when both students and teachers separately answered the questions included in a questionnaire.

To conclude, I hope next year more students will be willing to participate in the competition and once again we will face up to the Arctic challenge in its other magnificent places. We are also hoping the employees of the JARÐFEINGI Geological Institute will pay us a visit in Poland. 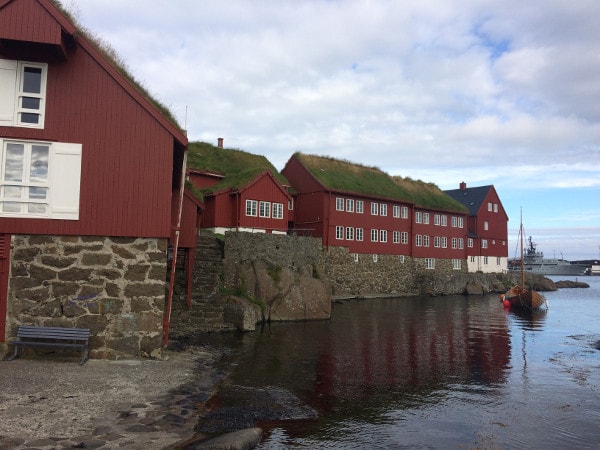 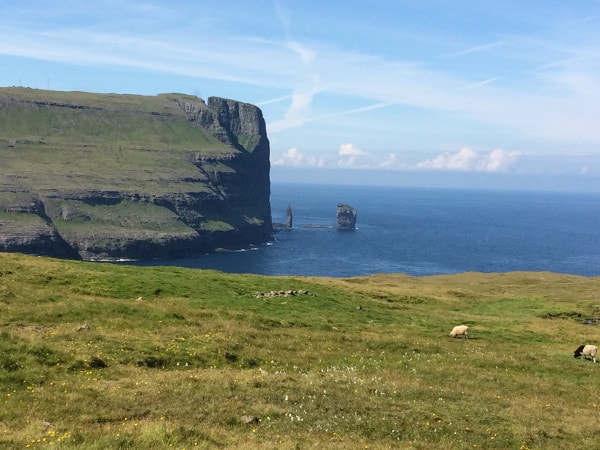 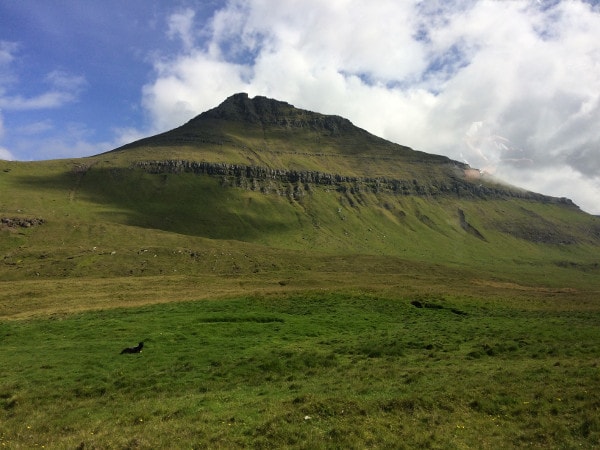 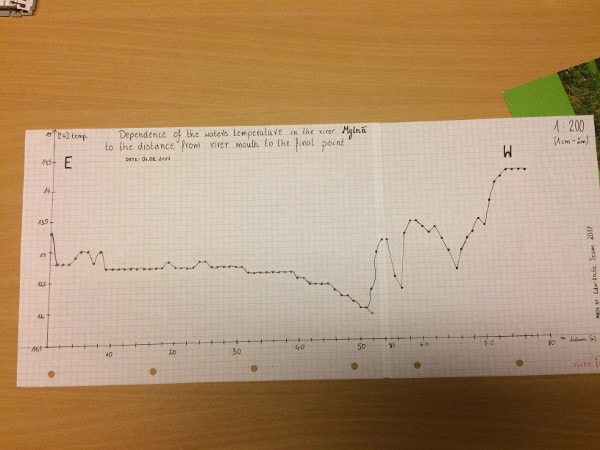 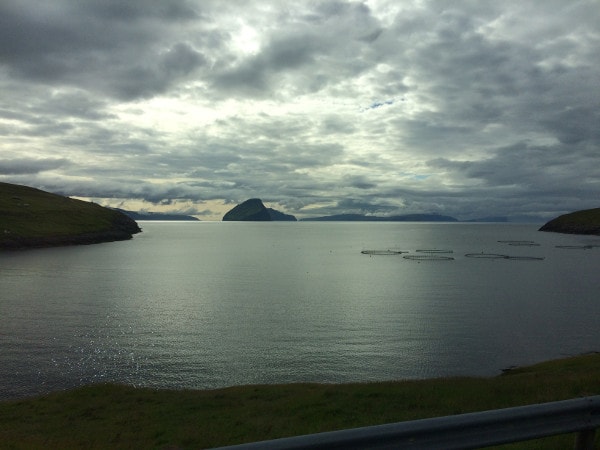 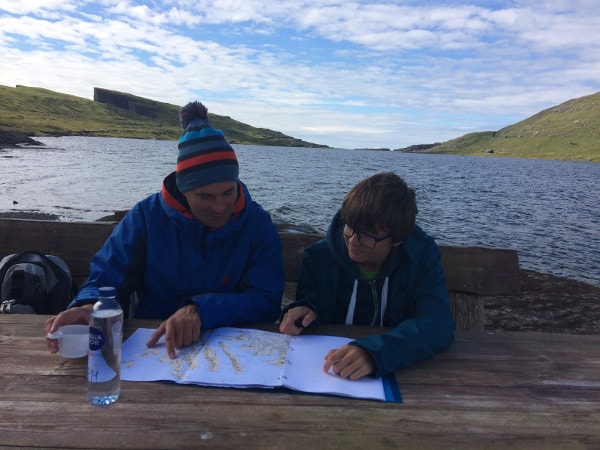 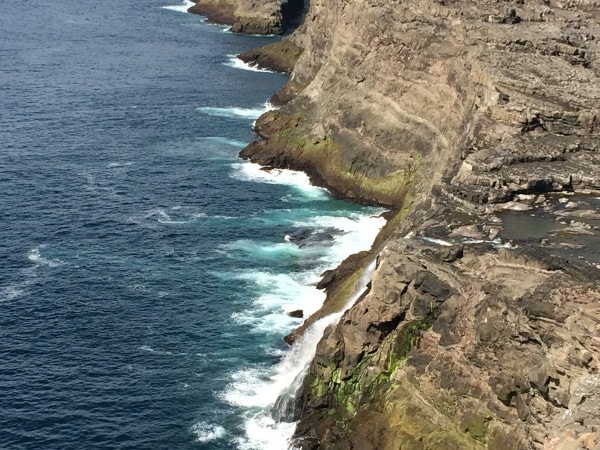 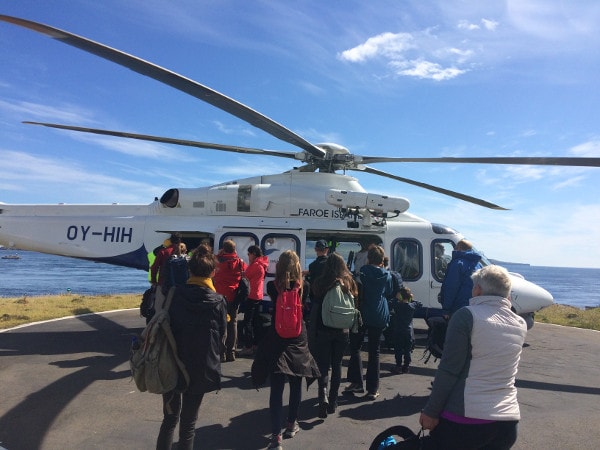 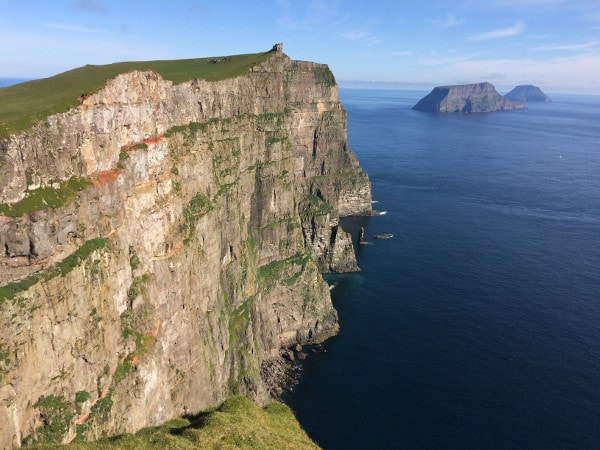 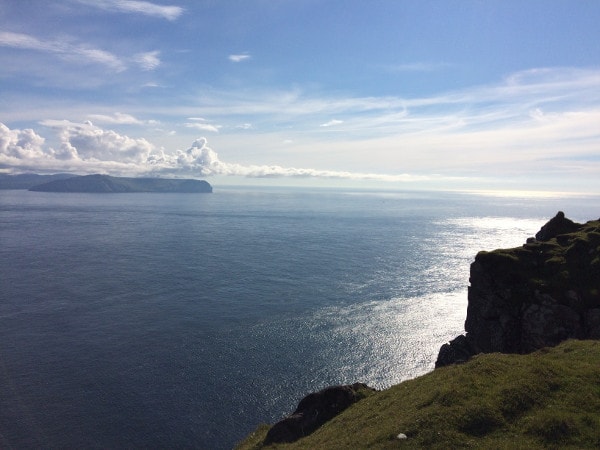 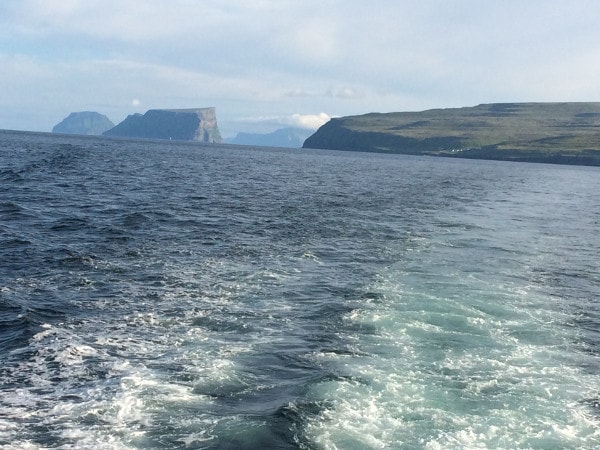 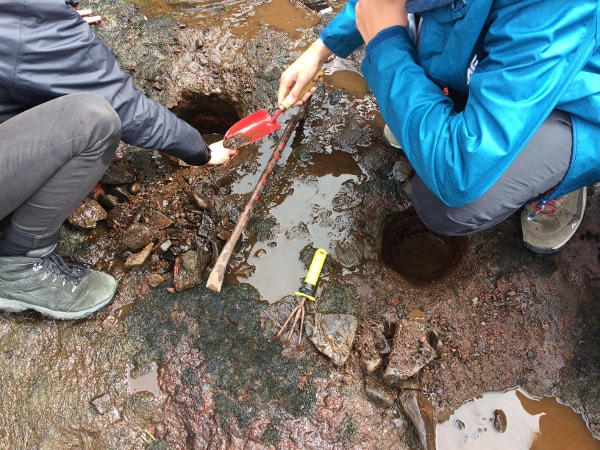 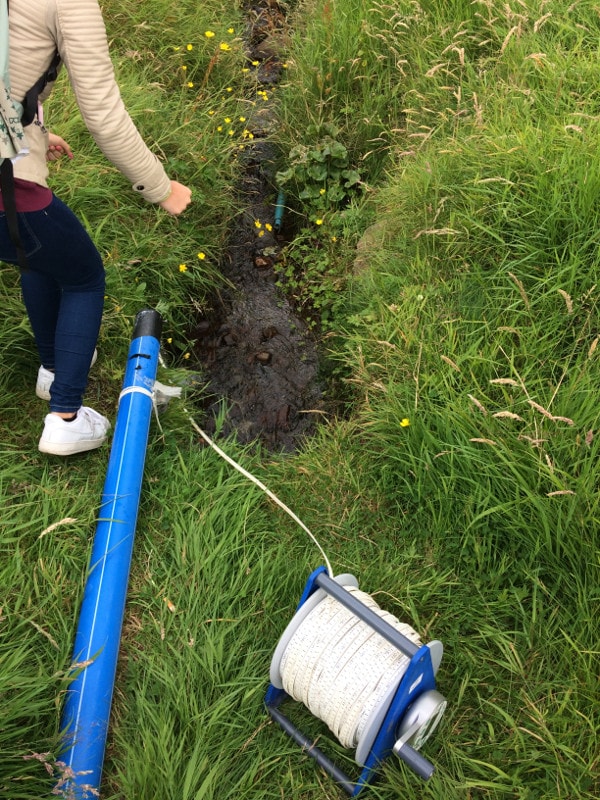 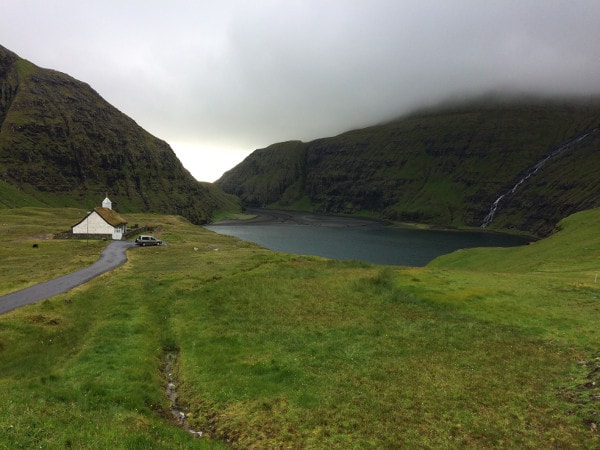 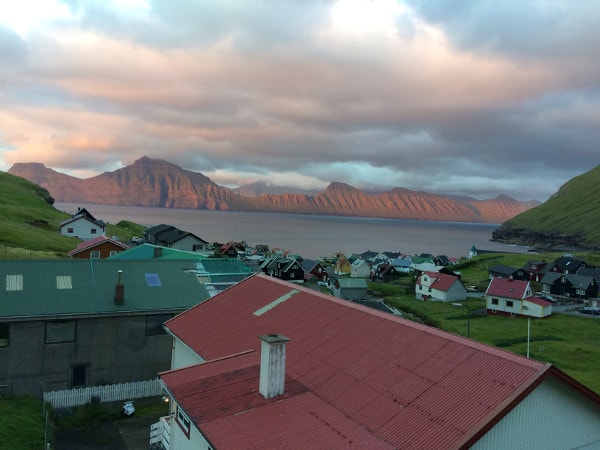 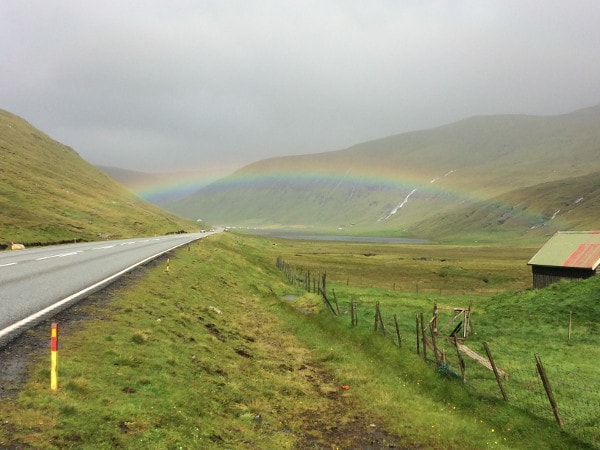